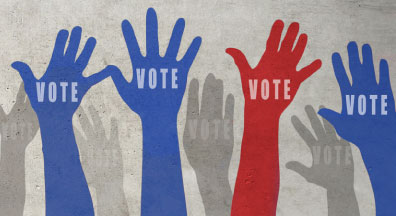 What Should a Christian’s Response Be?

Citizens of the United States have the privilege of voting often for those who will serve us at all levels of government. Sometimes we elect people whom we like and admire and at other times political offices may be filled by those whom we disdain or distrust. What should a Christian’s response be, no matter who is elected? The question is complicated by the fact that every true Christian is a dual citizen with allegiances that flow from both a physical birth and a spiritual birth, but the Bible is very clear about how we should behave with regard to both our temporal and spiritual authorities.

God ordained three entities to maintain social stability: human government, the home, and the church (spiritual government)—balancing our loyalties and duties to all three is sometimes very difficult. In this regard we can find inspiration in the experience of the Apostle Paul who lived through the dark days of the Roman Emperor Nero. Thankfully, it is hard to imagine that America will ever have such a wicked and despotic ruler.

Pray for those in authority.

We may be tempted on a daily basis to criticize the decisions that are made in both our state house and on Capitol Hill, but Christians will accomplish far more through prayer than by criticism. We should make it our daily duty to pray for the salvation of our local and national leaders so that they will make wise choices that honor God!

Seek good for your fellow man.

Our contemporary society places far more emphasis on citizen’s rights than on their responsibilities and it is easy to scorn those who like to have it so. How refreshing it would be if all Christians set an example of simply doing right to their fellow citizens. God is not a respecter of persons, and our life should reflect Him.

Obey God rather than man!

If the time comes that human government begins to usurp the authority that belongs only to God, it is the duty of Christians to remain faithful to God. When the Apostles were told that they could not preach any longer in the name of Jesus Christ, they humbly defied the order and preached on! In our country we are experiencing a rising tension between our long-cherished freedom to serve Jesus Christ according to the teachings of Scripture, and increasingly restrictive decisions at all levels of government from the Supreme Court to the local county clerk. Alas, the question we face is no longer academic: obey God or man?

Christ is the only constant in an unstable world. He is the King of kings and Lord of lords Who never changes and never fails on His promises and
we must cherish our relationship with Him as the only certain way to live a fulfilled life.

May every Christian believer be a steady and moral constant even as everything changes around us so that, amidst a stormy sea, others will see the Rock on which we stand. As individuals we may not be able change the whole country, but we can certainly impact one soul at a time!