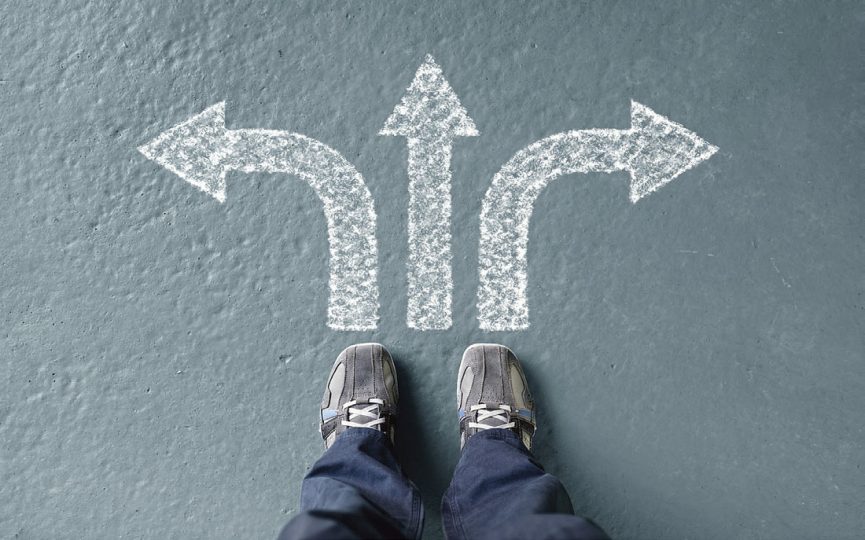 Our recent convulsive political season highlighted a disagreement (or ignorance) about America’s cultural identity. It is a potent issue fuelled in turn by the fundamental question: Who, ultimately, is in charge, God or Man?

This debate lies at the heart of many ailments weakening the social structure and political cohesion not only of America but of an entire Western civilization that once prided itself on being Christian. The elements of the debate are not complex and the answer is surprisingly easy to comprehend for anyone coming to it with an open mind, but a major problem lies in the fact that significant numbers of people are invested in denying the obvious.

There are in essence only three possible answers to the question of who is in charge. The first possibility is that the world happened by accident and we humans are merely little accidents within the larger accident. Though this view—in the guise of a theory posing as scientific fact—is the official, state-approved and publicly-sponsored “religion” of the Western world, it does not pass the scrutiny of empirical evidence nor indeed of common sense. To believe it, one must accept that our earliest ancestor was not an ape or an amoeba but a rock. Life sprang from non-life! Still, if you want to elect man as god, it will have to do.

At this point—there is no god, but man; there is no good but what man says is good—Marxist thought comes into play for the ordering of society to bring about heaven on earth. That the West, including America, is well on the way to the realization of the Marxist dream is evident in the massive inroads forged by the dogmas of political correctness and multiculturalism, the assault on traditional family values and on the concept of the nation state. “Tolerance” is the new shibboleth. Today, Europe is a post-Christian socialist society, while cultural Marxism is so entrenched in the thinking of many Americans that they view with increasing suspicion and hostility those raised in the traditions of God, family and patriotism.

The second possibility is offered by religion—that view of the world that sees god or gods above or beyond the realm of man. Religion comes in many guises but all religions fall into two main camps: those that are aggressively engaged with the world, triumphalist and expansive, and those that are disengaged and aesthetic. Despite their apparent differences, all religions share a view that the way to “god” requires some effort, following some rules, joining some church or mosque or temple, adopting some disciplines or participating in some ceremonies that will take the seeker at least part of the way, or most of the way, or almost all of the way, to “god.” The focus is on self-effort. One can never be sure until death that enough has been done to qualify for complete acceptance by god, but since most people view themselves as “good” and refuse to think too deeply about what “good” means, this uncertainty does not seem to present much of a problem until death nears and they are confronted by the awful uncertainty of the void.

The third possibility is found exclusively in the Christian Scriptures. Christian denominations derive their identities principally from how much they take from or add to the Bible (usually the latter). Very few (chiefly Baptists, and to add to the confusion, not all who call themselves Baptists) accept the Bible without embellishment, subtraction or addition, as their exclusive and final authority—the so-called “Baptist distinctive.” The most distinctive thing about this “distinctive” is that it rejects religion (and all the outward forms that all religions employ) as a way to God and instead embraces the imperative of reconciliation and entering into a relationship with God (on God’s terms), as a very first step.

In short, religion is what man says about God: Scripture reveals what God says about man and uniquely reveals what God has done to reconcile man to Himself through the death, burial, and resurrection of Jesus Christ, making it plain that man is incapable of reconciling himself to God. This  incarnation of God in Christ is an inexcusably radical concept for self-centered humanists. They may condescend with an impatient shrug to the superstitions of the masses in their stumbling search for and appeasement of non-existent gods but they fiercely reject the notion of a supreme and transcendent God crashing from eternity into time, searching for man. Religionists, on the other hand, simply can’t accept that no good thing dwells in them. Both humanists and religionists have thus made the fateful choice to coronate themselves in God’s stead and the world will continue to reap the whirlwind of their folly until Jesus returns to settle all argument.